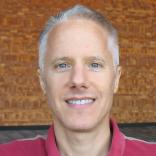 Linux   I’m a longtime fan of Linux. I ran my own Web and e-mail server on the Internet from May 1996 through July 2020. I switched my server to Linux in 2000 and my desktop to Linux in 2006. I even got Ubuntu onto primetime TV way back in 2005 when a friend asked me to write 30 seconds of “geek speek” for his episode of Veronica Mars.

My first programming job after university was a summer internship at Uludağ University in Bursa, Turkey. After the summer, I joined IBM as a systems programmer, first in Palo Alto, California, then in Rome, Italy, then back in Mountain View, California. After leaving IBM, I started my own business as a proprietary software developer and member of a Limited Liability Company in California and Washington. I now live in Vancouver, British Columbia, and spend much of my time working on open-source software.

Author of the VOLANO™ chat server, a proprietary software package written in Java and licensed to customers in 50 countries. Managing member of Volano LLC in the states of California and Washington.